We love big phone screens, so we bought one with a bigger display than the Samsung S9+ for just £229 . or see the Honor play with GPU Turbo and Kirin 970.

Play the video to see the unboxing.https://www.youtube.com/embed/P_YXjbh-eaw?rel=0

Samsung has unveiled a folding handset at an event in San Francisco.It described its Infinity Flex Display, “the foundation of the smartphone of tomorrow”, When unfolded, the device resembles a 7.3in (18.5cm) tablet.

A week ago, a little-known start-up Royole unveiled it’s own foldable phone. 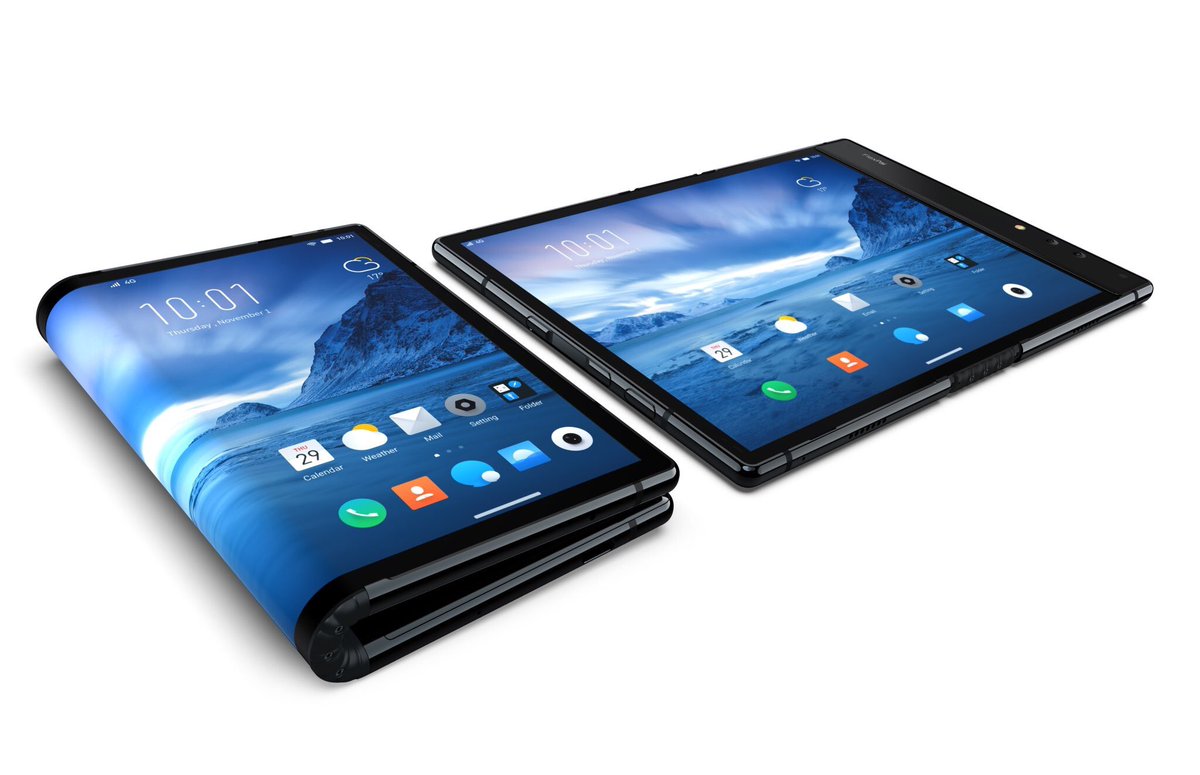 The world’s first foldable smartphone, a stylish combination of a mobile phone and 7.8 inch tablet with a fully flexible screen.

iPhone XS Max looks weak and insignificant next to the Huawei Mate 20 X
with a ginormous 7.2-inch display making it a phablet.
A Battery with huge 5,000 mAh
This phone has it’s own unique Kirin 980 CPU processor including Artificial intelligence.

Huawei surpassed Apple in R&D spending two years ago and with over 80,000 STEM graduates under its wing.

huawei are going for the Smartwatch market, and have released their Watch GT. ® not long after Samsungs Galaxy Watch, closely followed by Apple