So now I use a 120" Motorized Screen. Her is a glimpse taken next to my 23inch computer monitor.

LED projectors mainly from USA or China have many accessories, such as SDcard slot, USB , and even wi-fi built in.

Unfortunately the one I tested ended up going back after 2 weeks due to not being air tight got dust inside affecting the picture.

So I found out that there was a projector manufacturer just down the road. Even though it was almost double the price of the 1280 x 800 and not LED but DLP and also lacked USB and SDcard.

Quite a lot to miss out on, but one thing it had was a FULL 1080p 3D picture, plus more silent fan.

Using my Computer to play video to my projector and sound to Bose wifi Speaker #HomeCinema https://t.co/dN11iHKq6W pic.twitter.com/lLVQJ4TFAh

The DLP projector is almost double the price of a budget projector. But still under £500 for which you can get about a 96 inch Video Picture in a 3.5meter wide room.
This model is really quiet and not intrusive. Using it a few hours a day, the bullb should last about 3 years, unlike the LED which has a much longer life. 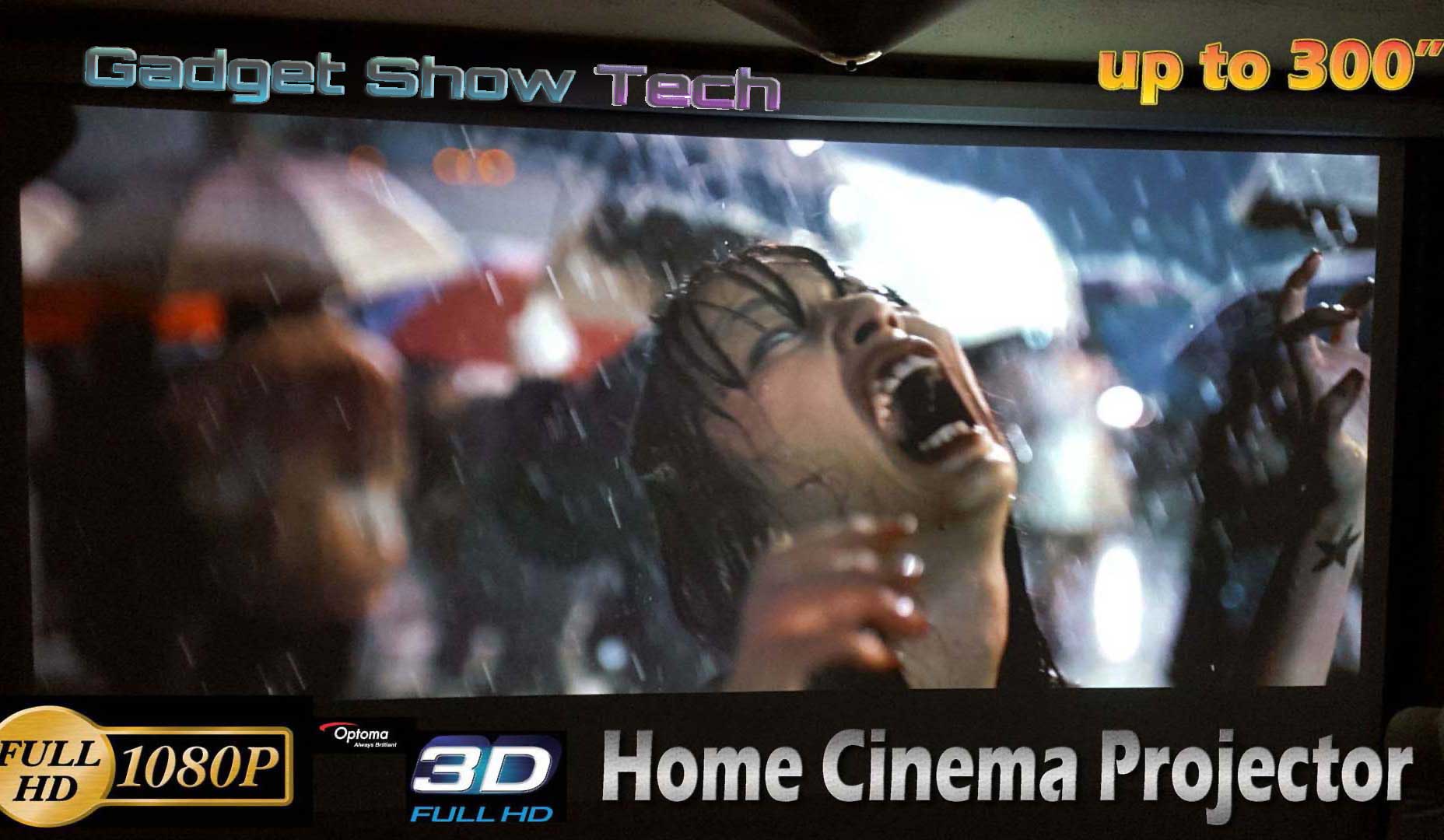 I went for this model as I wanted it was quieter than many others out there.
It has 2 HDMI connections.

Rather than unplugging the cables from my TV and putting into the projector, I unplug the from the Blu-ray or sky device and use the spare cable that I leave in the projector.

Only drawbacks compared to my previous projector imported from usa/china. is that it has no USB connection. Also screen picture was bigger at close range. No digital sound output but does have a built in speaker and 3,5mm ouput.

Unboxing the Optoma Full HD Projector and setup on 120' Screen