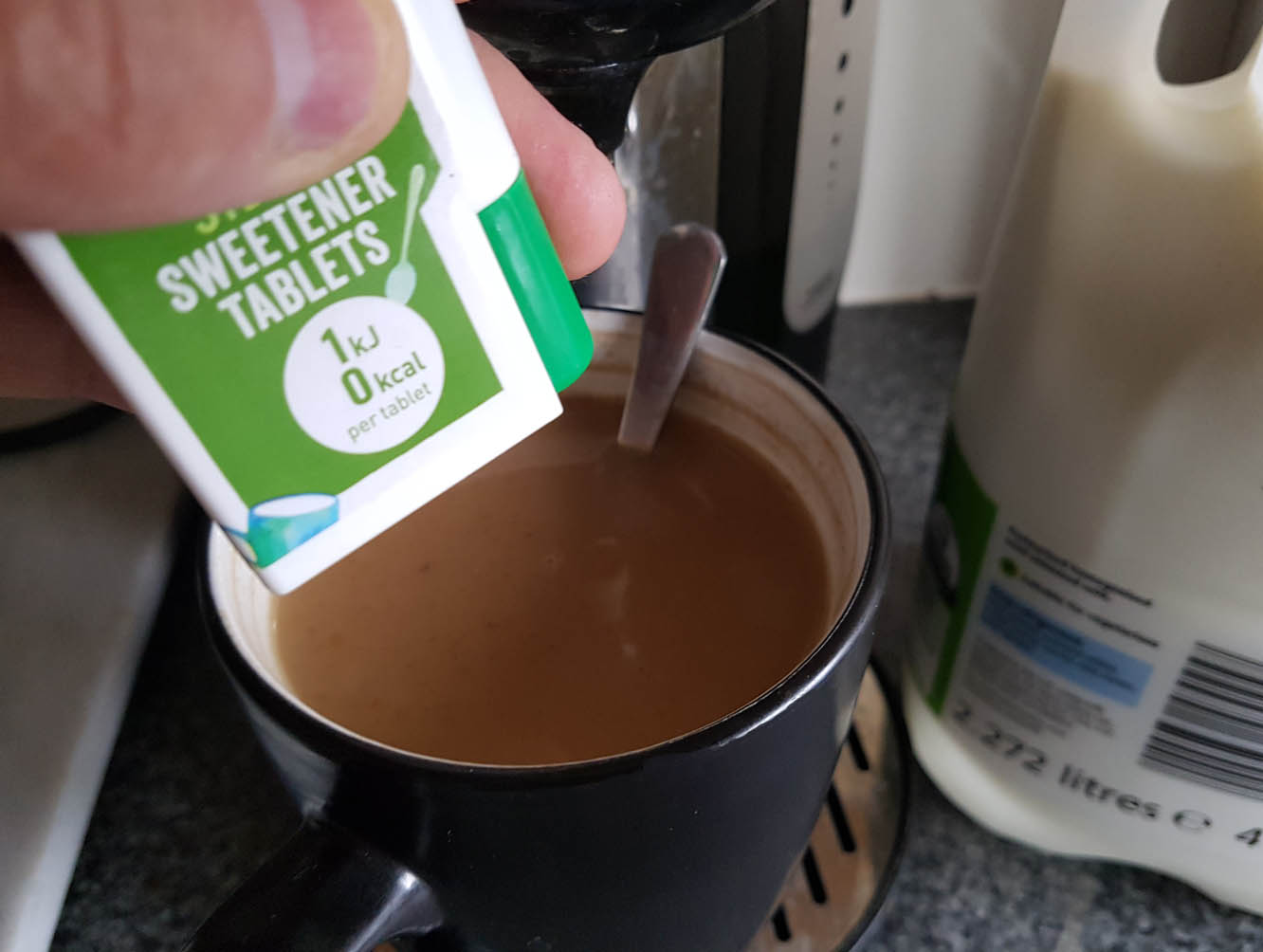 A sweetener that is from natural source
Health News 2017

Sugar has prominent drawbacks, including increased risk of tooth decay, weight gain, and the possibility of developing or worsening diabetic state.

Britons really do eat too much sugar: 700g of the sweet stuff a week. That's an average of 140 teaspoons per person.

Stop taking sugar and start using sweeteners instead, not only reduces sugar intake, it also less Calories too.

There are five artificial sweeteners that have been tested and approved by the U.S. Food and Drug Administration (FDA): acesulfame potassium (also called acesulfame K),aspartam ,saccharin ,sucralose.

I started with Aspartame K, and then used Sucralose has the fewest negative health effects of these four artificial sweeteners. But since it is still sugar it put me off and now I am using Stavia.

Also, with the exception of aspartame, others cannot be broken down by the body. They pass through our systems without being digested so they provide no extra calories. But since doing some research, it looks like I will start using Stavia ( watch the video below).

There are lots of different ways added sugar can be listed on ingredients labels:

Honey is a sweet organic alternative and has extra Health Benefits. But this is not helpful to those who need to lower calories, such as diabetics.

Coconut Sugar looks a good alternative thanks, and a better choice than Honey. It is still high in calories slightly less though than cane sugar, so would not be good for low calorie diets.

As for Coconut Oil, it is very high in Saturated Fat compared to many other vegetable oils.

If your snack has two bars, have one and share the other, or save it for another day.

When shopping, look out for lower-sugar (and lower-fat) versions of your favourite snacks.

Here are some lower-calorie substitutes for popular snacks:

Dried fruit, such as raisins, dates and apricots, is high in sugar and can be bad for your dental health because it sticks to your teeth.

Nearly a quarter of the added sugar in our diets comes from sugary drinks, such as fizzy drinks, sweetened juices, squashes, and cordials.

A 500ml bottle of cola contains the equivalent of 17 cubes of sugar. Try sugar-free varieties, or – better yet – water, lower-fat milk, or soda water with a splash of fruit juice.